Renaissance means re-birth, the fest was named so because we dedicated this to our re-awakening. After the untimely death of our founder chairman in 2012, there was a worry among many that MJC would wither away. But we took a vow; that we will not let it happen. Renaissance is an expression of this commitment and confidence.

Renaissance was initiated with an aim to provide our youngsters an opportunity to manage an event, compete with their compatriots, and to have an opportunity to interact with a broader audience from the society around.  We started this in 2013, and it has flourished since then, thanks to our children’s tremendous efforts as well as the support from several well wishers. The fest includes a variety of items ranging from literary to musical; with opportunities for students with ways with the paintbrush and who can tap their feet to the rhythm of the music.

The first Renaissance held in January 2013 had participation from 100 students from around 20 colleges who competed with vigor and enthusiasm. First and Second Price winners were rewarded with gold coins sponsored by Chemmanur international jewelers. We had a distinguished panel of judges who selected the winners. The chief guest of the event was Mr. Bobby chemmanur who gave an inspiring speech to our youngsters. Mr. Kishore sodha a renowned trumpeter played at this event for the students and stole their hearts with some popular Bollywood tracks.

Renaissance 2014 grew to be a two day event; first being for school students and second for college students. For the Inter- School Event  (Renaissance 14 - Junior) we had participation of 260 Students from 13 Schools. Dr Job Memorial Rolling Trophy for the Overall Championship was bagged by SSVM World School,Vellalore, Coimbatore.

For Inter-College Event (Renaissance 14 - Senior) we had participation of 111 students from 18 Colleges. Dr Job Memorial Rolling Trophy for the Overall Championship was bagged by Angappa College of Arts and Science, Coimbatore 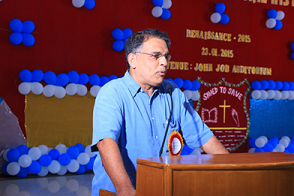 The Winner of the Trophy for the intercollegiate event was CMS College of Arts and Science, Coimbatore.

Over the years Renaissance has seen outstanding talent from various schools from all over the state and hope to see a lot more talent in the forthcoming years.

On 14th November 2015 the Michael Job Matriculation Higher Secondary school celebrated Annual day-cum-Children’s day. The celebrations started at 9:00am with our assembly session where our students gathered with a prayer by our respected teachers Mrs. Susmitha, Mrs. Krishnaveni and Mrs. Reena  Ms. Sakalacitheshwari presented Thought for the, Ms. Vanitha read Thirukkural and Mrs. Malika sang a song. All these activities by the teachers inspired the students. 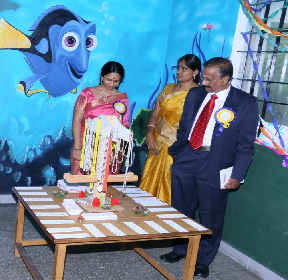 Our Chief Guest Mr. Masilamani B.Sc., M.A, and the Guest of Honour Mrs. Dr. R. Jayaprabha M.A., M.Ed., M.Phil., PhD visited the pavilion set up by our students to see the science models made by our students. The students enthusiastically demonstrated their models to the dignitaries. There was also an Art & Craft exhibition of various handy works of the students. The Guests appreciated the students for their hard work and they took time to listen to the students.

Three children from our school, Anne Joseph, Praveena B. and Preethika C. of class 11th assisted and interacted with the Chief Guest and Guest of Honour in the science, art and craft exhibition. 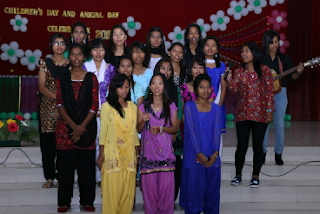 The Annual day celebrations were at 10:00am in the John Job Auditorium which started with the choir singing by our class 11th students. Our Chief Guest and the Guest of Honour Mrs. Dr. R. Jayaprabha together with the principals of all the three MJC educational institutions lighted the inaugural lamp.

The Principal of our school Mrs. Krishna Priya welcomed our Chief Guest, the Guest of Honour and other special invitees with flower bouquets and mementos. Inspiring speeches were delivered by the Chief Guest and Guest of Honour. 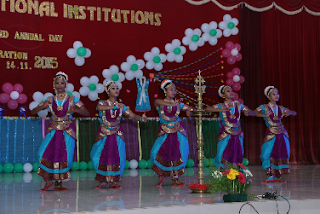 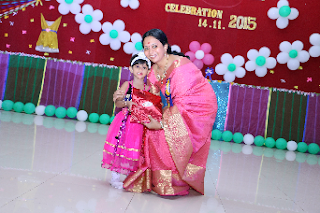 On this day the students were awarded with prizes for the various competitions held on the founder’s day. A small trophy was given to the proficiency holders of each class beginning from LKG to XII standard. The programs came to an end with a vote of thanks speech by our student of class 12th and students sang the National Anthem.

Overall the day was a great success with the support of principals, HOD’s, parents, staff members and students as all of them took interest gave us support.


Glimpses of the Day 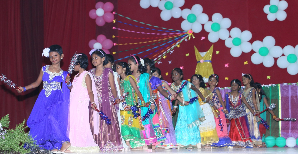 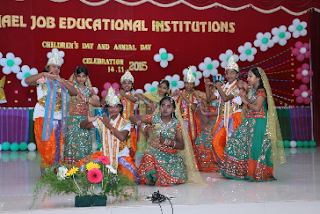 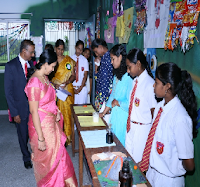 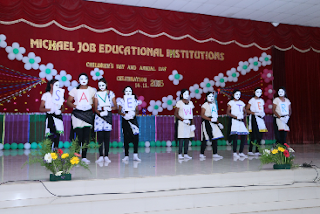 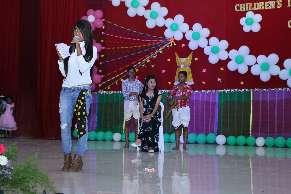