MJC launched our cultural Festival, Renaissance, on 28th January 2013. This inter-collegiate competition was organized by Michael Job College of Arts and Science for Women.  In this first year of Renaissance there were competitions in eight categories in the areas of music, dance, elocution and arts.

About 100 participants from around 20 colleges competed with vigor and enthusiasm. First and Second Price winners were rewarded with gold coins sponsored by Chemmanur International Jewelers.


We had a distinguished panel of judges who selected the winners


We had a grand valedictory function where the winners received their prices. We were privileged to have many distinguished guests who joined us to celebrate Renaissance.

Mr Bobby Chemmanur of Chemmanur Jewellors was the chief guest. He gave an inspiring speech that motivated our students.

Mr Kishore Sodha  a renowned and charismatic trumpeter who has played in many of the famous Bollywood movies and has performed with world renowned musicians stole the heart of the students with some of the hit songs. He was also kind enough to play the role of a judge for the music competition.

Mr Koshy shared in his vision of MJC; “Empowering the Girl Child through Education”

After the price giving the students of MJC College gave a scintillating performance that entertained all.

Renaissance-13 would not have been a success but for the active participation from so many colleges around Coimbatore.

Every student of the MJC colleged worked hard to make this a success. Special credit goes to Dr Lali Thomas Principal of Michael Job College of Arts and Science for Women and  Dr.G.Nithya, Ms.S.Ponnammal Mrs.S.R.Dhanalakshmi, Ms.Mekala, Ms.Aruna Priya,  Ms.Karthika, Ms.Pradeepa, Dr.Vasugi and Ms.Deepa, Asst. Professors of the college for their leadership and support in organizing this event brilliantly.
Posted by MJC at 22:46 No comments: 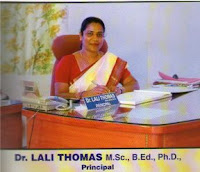 The conference was held at Dr. NGP Arts & Science College at Coimbatore
Posted by MJC at 06:47 No comments: